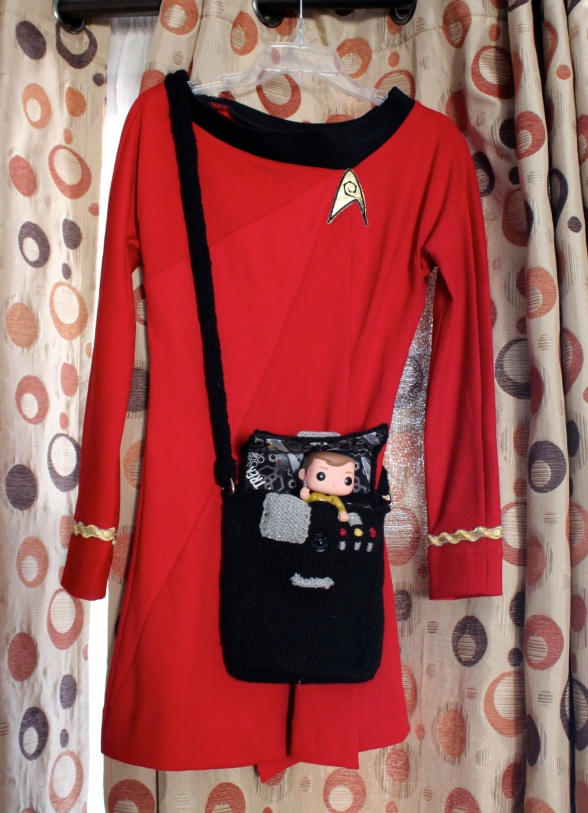 This week, my family and I went to the Star Trek Las Vegas convention. Because of some bad timing, we were only there for one day, but it was loads of fun. I really wanted to bring the purse I designed for Geek Knits, so I brought it along. I measured the strap when I was designing it, and wanted it to be long enough to be worn cross-body. On the hanger it was perfect.

The problem with judging it on the hanger is that a)it was empty and b) the dress hangs different on my body. I noticed after I put my wallet and brush and a few other things in it that the straps stretched with the weight, and hung much lower on my body, messing with the hem on my dress. 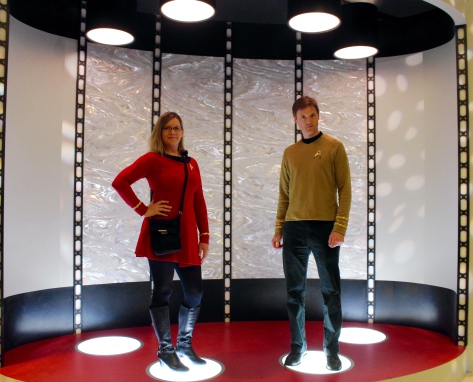 Here’s the purse after I tied a little knot up at the top.

The first thing I did was take out the wallet – which was the heaviest item. (Truth be told, it’s so big it weighs down my regular purses as well.) The second thing I did was tie the top of the purse strap in a little knot. That did the trick and the rest of the day the purse worked great.

I double knit the strap originally, thinking that would make it strong. I still believe the strap is strong enough, if it is shorter. If you’re making the purse, you might want to make it shorter. The pattern says to knit it to 52″ or to your comfort. If I were making it today, I would suggest between 45″ and 50″. I also might make the strap slightly wider, casting on 12 stitches instead of 8. Tricorders on the original series had thin straps, but I don’t think those few extra stitches will look that different. 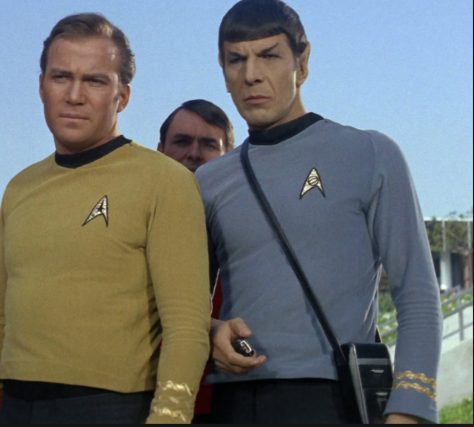 One last thing. If you are using it as a purse and want to truly carry heavier items, you might want to use plastic needlepoint canvas instead of fabric. That will help it keep it’s shape and be just a bit more sturdy than regular canvas.

I hope that was helpful. Happy Knitting!